In the second week of build season, the team finished the design of the robot. The chassis is fully assembled and supports for the gear chute have been cut. The chute is partially assembled, so the gear/chassis group will be finishing putting together this mechanism in the coming week. 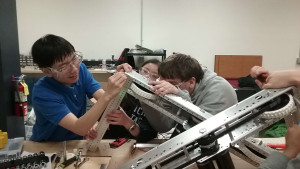 The winch hubs have been 3D-printed and tested for strength, and the winch team is prototyping until other parts print. 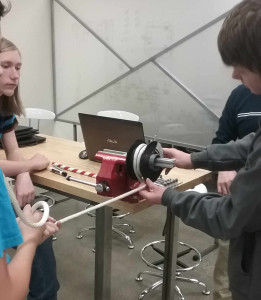 They are working on using bonding adhesive to put the parts together and mount the drum to the chassis. They will be testing their mechanism within the week.

The programming/electrical team has completed the pseudo-bot with the basic electronics along with two gyroscopes and a limit switch and encoder for the climbing. They will be moving on to vision processing to implement the camera and LEDs for recognition of reflective tape.