We made it through another build season and the last Bag-and-Tag (FIRST is removing Stop Build Day for next year)! In the last week we finished building the robot, but we had to make some difficult decisions about weight, functionality, and practice time and ended up removing our climbing mechanism. We may replace it at competition if things work out during practice matches. Otherwise, our lift and hatch panel/cargo mechanisms largely work well, and we got a few days of practicing for the drive team at the end. Our debut also went over well with a large reception and successful driving. We’re now taking a bit of time off before we launch into competition preparations. Be on the lookout for occasional updates from now on, and if nothing happens, we’ll see you at competition on March 20th.

Here are some pictures from the end of build season: 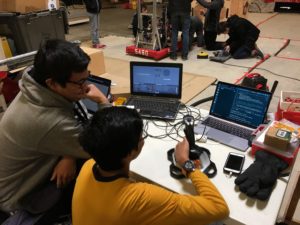 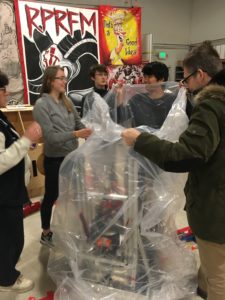 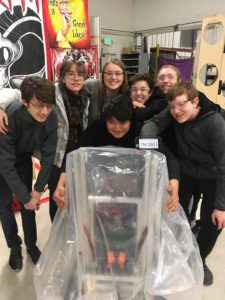